The Gift of Enough 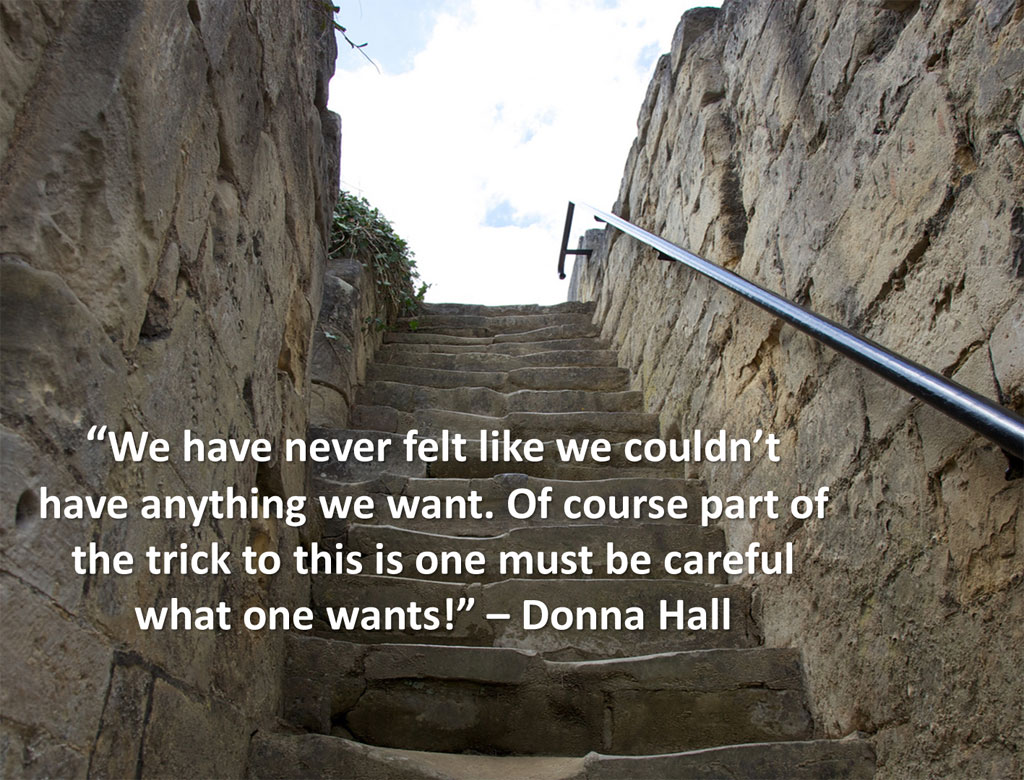 That was the title of my message on Sunday. It was laity Sunday and I was asked to preach on or around the topic of financial giving to the church (woohoo…..). But I care about the topic; I have found personal satisfaction, contentment and joy in giving and decided to focus on how, not why.

This was the first image of the message; the quote really gets to the point of when we have enough. The wise woman who said those words? That is my mother!

When the service was finished I knew my message had more impact than any message I had given prior. The comments were not generic – “nice message” or “I love listening to you.” They were specific comments from folks sharing their stories and telling me why this message particularly hit home. I know the difference was the result of the days that I spent at the SCORRE conference earlier in the week, and for that I am grateful. But after my Sunday afternoon nap I had a second realization: in my message were the steps to achieving any goal (not just financial giving).

My premise was the following:

Decide. This is the first and hardest step. To decide that you have enough of whatever it is you need to work with to meet your goal. Enough is a slippery slope – it is completely subjective. Enough may be talking about something quantifiable and measurable like readers, customers or money. Or, enough could be describing something less tangible like knowledge or experience.

Only you can decide when you have enough. You do when you decide you do. (Click to Tweet)

The first move is always the hardest. Make a commitment to the first and the rest will be easier. (Click to Tweet)

Stretch. The stretch step feels like the hardest step when you talk about it, but in practice it is often the easiest. Stretching is just doing more of the same or moving closer to the goal. It doesn’t have to be a lot more, just some more. Of course, with each stretch is a new commitment to the “bigger” action.

Each stretch toward your goal will be easier than the last until before you know it, you are there. (Click to Tweet)

The steps are simple and they start with a goal. Decide you have enough of what you need to get started. Make a commitment to make the first move. Then stretch toward the goal. It works for faithful financial giving. It works for any goal you have.