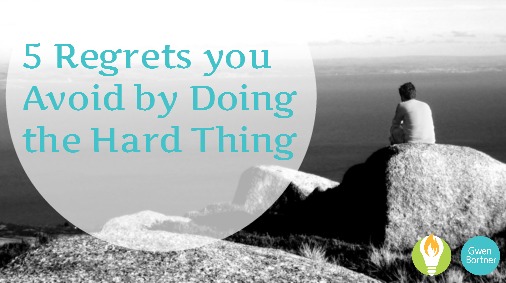 5 Regrets You Avoid by Doing the Hard Thing

It doesn’t matter how you define it, doing the hard thing is, well, hard. But the hard thing is most often the thing that we really need to do to make a difference for ourselves or others (often both).

Regrets rarely accompany doing the hard thing and often go hand-in-hand with choosing the easy option. Although I am the first to admit that I am fundamentally lazy, I beginning to realize, much too late in life, that laziness has caused me many times to avoid the hard things that I was more than capable of doing. The real problem is that once the pattern is established, it becomes very hard to break. But change is always possible. Of course, change is one of those things that we generally classify as “hard.”