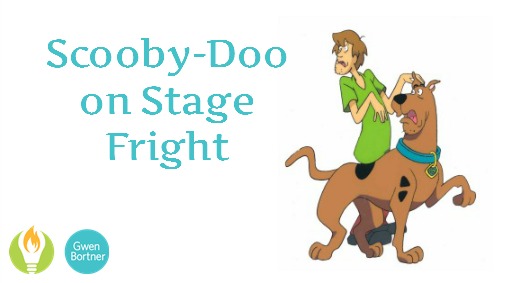 Give yourself a “Scooby Snack” and get on that stage!

When I was a kid, one of my very favorite cartoons was Scooby Doo. A giant dog that is scared of everything … pretty funny. Interestingly, now I have a Scooby Doo of my own. She too is a Great Dane, afraid of everything, but very good-hearted.